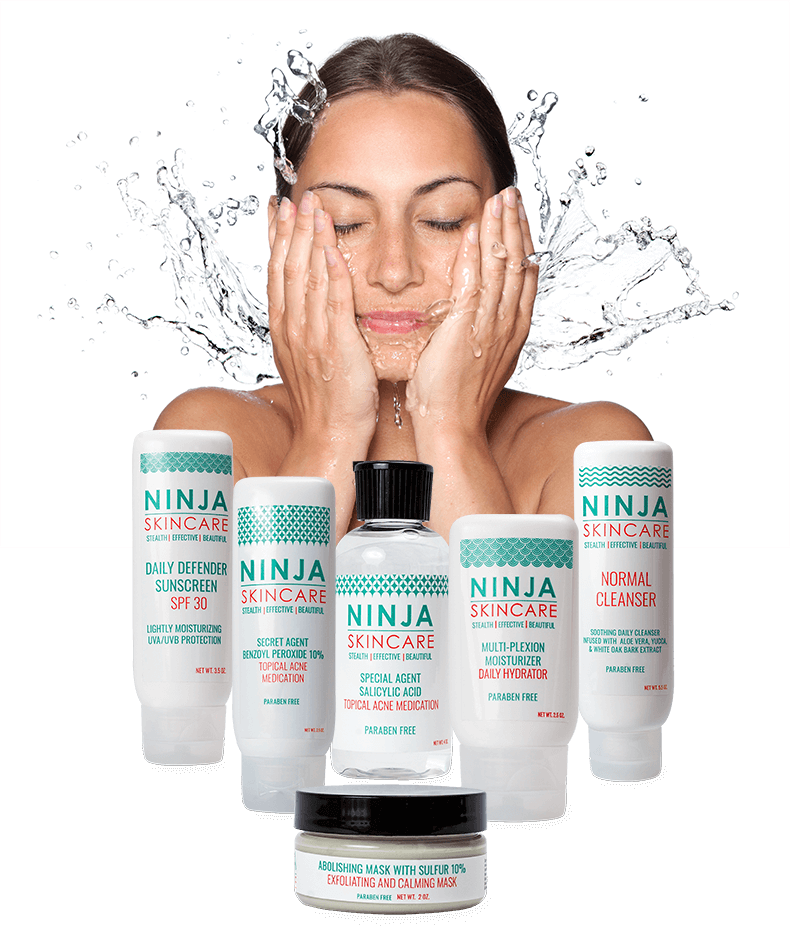 TIRED OF LOOKING FOR A SKINCARE SYSTEM THAT ACTUALLY WORKS AND IS AFFORDABLE?

Look no further, we give you “The Goodbye Acne Bundle” Created for you, by skincare experts. 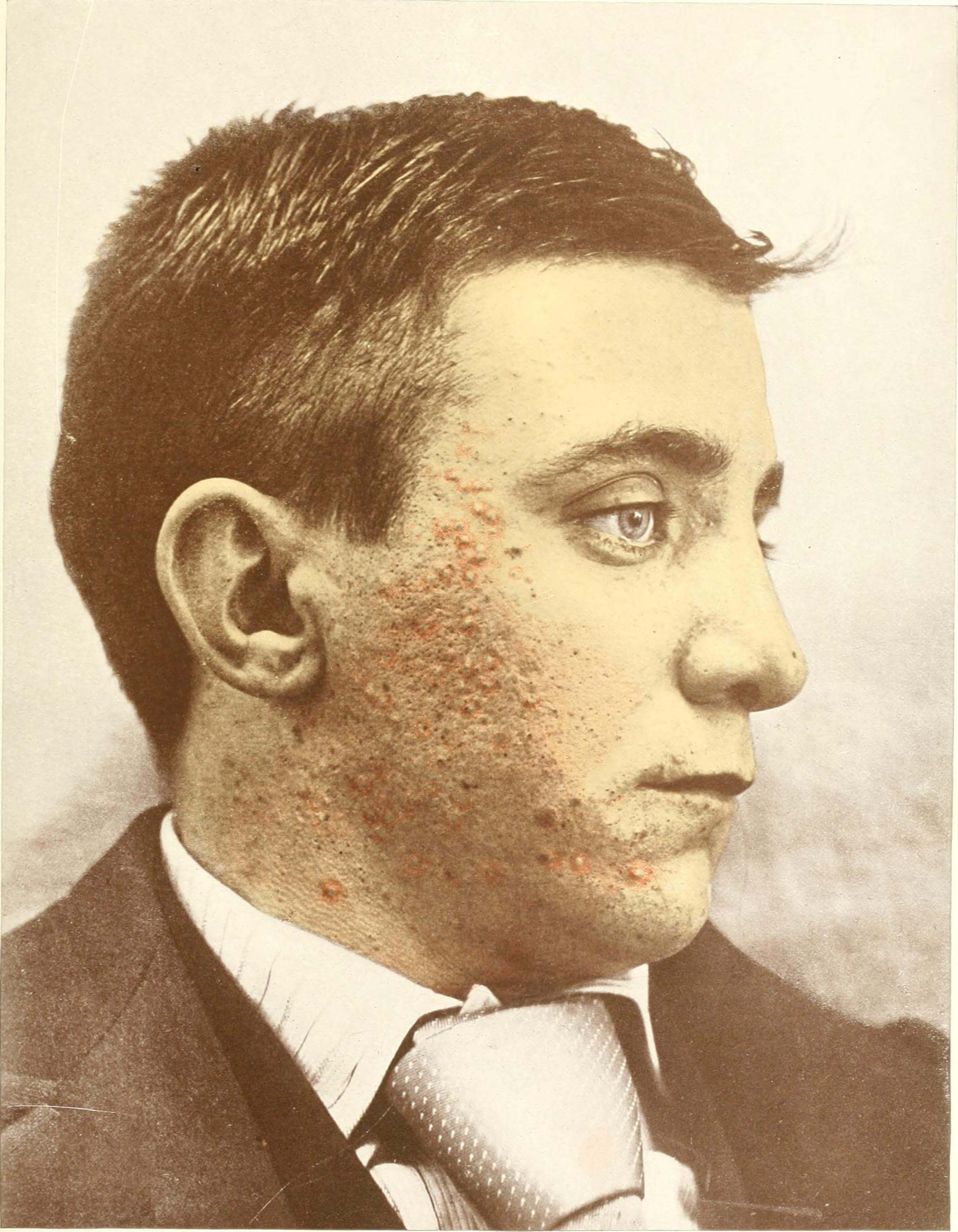 A look at acne and its treatments throughout history

Most people believe that acne is a more recent phenomenon – that due to humans’ poor diet and lifestyle, toxins have released themselves through the skin in the form of acne. But this is not the case! With ancient texts and paintings depicting acne, we have over 4000 years of acne treatments that we can learn from.

So here is a quick little quiz for you: Where does the word “acne” come from?

The answer to the question is #2 – the word acne evolved from the ancient Greek word AKME, meaning spot.

By the 3rd century A.D., the Romans were able to make the connection between puberty (eg hormones) and sever acne breakouts. It was then that the modern work “acne’ came about, changed from “acme”.

Renowned Roman physician Cornelius Celcius (25 BC -50 AD) gave his patients insight as to how to cure pimples: “To treat pimples and spots and freckles is almost a waste of time, yet women cannot be torn away from caring for their looks. But of these just mentioned, pimples and spots are commonly known, although that species of spot which is called by the Greeks semion, since it is rather red and irregular. But pimples are best removed by the application of resin to which not less than the same amount of split alum and a little honey has been added”. (Alum is a rock composition found naturally in the earth which is still sold as a post-shaving balm for calming irritation.)

As we mentioned before, incidents of acne have been documented for over 4000 years, dating back to the Ancient Egyptians. In hieroglyphs found in pyramids, the word “akut” (meaning boil or papule) is mentioned various times. In fact, it is widely believed that King Tutankamun (King Tut) suffered from acne, since in his tomb were the popular acne treatments of his time, likely put there to help rid him of acne in the after life. One of the oldest medical documents in the world is called the Elbers Papyrus, written around 1550 BC in Egypt. In it, it outlines herbal remedies from everything from Cancer to Birth Control, to Diabetes to Acne. The prescribed treatment for acne is this: Apply raw honey to inflamed areas. Aside from honey, what is interesting is that one of the most popular treatments for acne was the application of sulfur. Without knowing WHY it worked, the pharaohs knew that the application of sulfur had a drying effect on the skin and the results were visible. Other than honey and sulfur, popular treatments included: sour milk, myrrh, salt and aloe vera.

So now that we know about the Egyptians, how about other civilizations – how did they deal with acne? We can see from all of this that 1/ acne has been around a long time and 2/ some of the treatments that were used way back when were practical and useful, still using some of the same ingredients as we do today. That said, there are some more comical remedies as well. For instance, in an age where superstition reigned supreme, one ancient Greek physician named Theodosius prescribed his patients with acne to wipe a towel over their acne spots while watching a star falling from the sky and poof! Their acne spots would fall from their face as well. We can find mentions of acne from the famous Greek doctor Hippocrates as well as from Aristotle. Much like the Egyptians, in ancient Greek texts, there are home remedies listing honey face masks and sulfur ointments for “hard” acne. All in all, it is pretty incredible to think that without the modern medicine that we have today, some of the treatments used hundreds of years ago are still in use today!

When we look at the ancient Romans, we finally see the word “ACNE” in all its current glory. It was during this time that acne was linked to puberty – the poor Roman teens suffered just like we do now! Just like the Egyptians and the Greeks, we see a lot of mention of honey and sulfur being popular treatments. But unlike the Greeks and Egyptians, there is a lot more variety of treatment as well – such as alum, crocodile meat and Cyprus oil. Strange remedies such as bathing in oil and sour cheese can be found in these texts as well as rubbing leek leaves on your face. The one remedy that stands out in this list of strange home solutions to acne is the idea of rubbing cinnamon on your face. Nearly 2000 later, cinnamon has been found to strengthen your skin – so the Romans were onto something!

The Middle Ages through the Industrial Revolution

To wrap up our “acne through history” tour, we wanted to touch on acne from the Middle Ages through to the Industrial Revolution. It can be said that although some favorite home remedies remained in play during the Middle Ages (honey and sulfur), skin care overall got remarkably WORSE during this period. If you look at high fashion of the time, having extremely pale skin was so important that women were known to coat their faces in a mask of face paint whose prime ingredient was Mercury. Now, we all know now that Mercury is one of the worse compounds on earth – leading to diminished brain function and ultimately death. At the time, people were told that Mercury would actually help reduce acne inflammation but the reverse was true – it further inflamed acne spots and had other dire consequences on people’s overall health.

Another “popular” home remedy of the time was referred to as Urine Therapy – now you can take a guess as to what that entailed! You got it – applying urine to your skin in a quest to reduce acne inflammations. Now it can be argued that there are small benefits to this. In fact, people still believe in Urine Therapy today – sometimes even drinking their own urine on a daily basis. Why would this be “helpful”? Well, urine is made up of 95% water and 5% urea. Urea is an all natural exfoliant, which is why some might believe this myth. Urea is used as a component in many skin care products today. That said, the concentration of urea in urine is so minute that the effect it will have on your skin or acne will be negligible.

Back to the Middle Ages – so they had white face paint with Mercury and Urine. Sounds pretty terrible doesn’t it? Most doctors considered acne to be such a minor condition that they refused to treat it. The highlight of this period of time for acne is that it was during this time that acne and hormones were directly linked by a doctor named Dr. Jonston, when he studied acne during menstruation and sexual activity. This is the first link to estrogen and DHT to acne which was a huge building block to bringing us to the vast understanding of acne that we have today.

Whew.  That was a long post… but pretty interesting don’t you think?  Makes you think that today’s treatments are pretty cool… and effective!

Get a ZERO obligation consultation with an acne-fighting Ninja!

At Ninja Skincare, it’s all about formulating a customized acne treatment plan that is specific to your skin type, lifestyle and treatment history. That’s why we offer a free consultation via email, text, or a phone call. 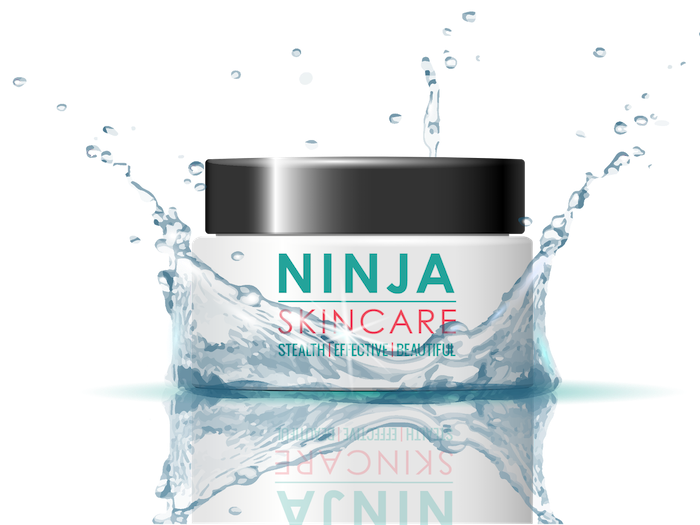 Be entered to win our weekly give away AND be the first to know about news, sales and promotions!